H-4 EAD Still Valid for Now; Changes Will Likely be Proposed in June

The fate of the H-4 EAD has been in the news again recently due to the publication this week of a letter from USCIS Director Francis Cissna to Senator Charles Grassley, dated April 4,2018. In the letter, Director Cissna updates Senator Grassley on the efforts by USCIS to implement the goals outlined by the president in his 2017 “Buy American and Hire American” executive order.

Those efforts do include the agency’s intention to propose regulatory changes to eliminate the availability of employment authorization for qualifying spouses of H-1B workers (the H-4 EAD). However, this statement by the director in the April 4 letter does not, on its own, effect any change with regard to the H-4 EAD. The letter only states USCIS’s intention to seek changes to the regulation that would eliminate availability of EADs to H-4 visa holders, which was already widely known due to similar statements in the government’s regulatory agenda released in December 2017. This April 4 letter therefore only reiterates what we already knew the administration planned to do regarding H-4 EADs.

H-4 EADs therefore remain currently valid – already-issued EADs can be used, pending I-765 applications will be processed, and new applications can still be filed.

We expect that DHS will announce the proposed regulatory changes by June 2018, pursuant to its January statements to the federal appeals court in the ongoing H-4 EAD litigation to that effect. Even then, the announcement will not make any changes effective immediately – because this will be a regulatory change, the government is required to allow a comment period (typically 60 days), during which interested parties may submit comments on the proposed changes. The comment period will be followed by a review period before a final rule can be issued and an effective date decided – all told, the process will likely take at least 6 months.

We therefore are recommending that eligible parties continue applying for/using the H-4 EAD at this time, as any final change is still several months down the road. We will post updates on our News section as they become available. 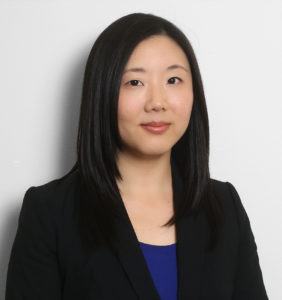 Rebecca is a partner at Reddy & Neumman and has been with the firm since 2009. Her practice includes non-immigrant and immigrant visa petitions and consular processing.