Blog EB-1A Extraordinary Criteria: What is evidence that you have been asked to judge the work of others, either individually or on a panel? 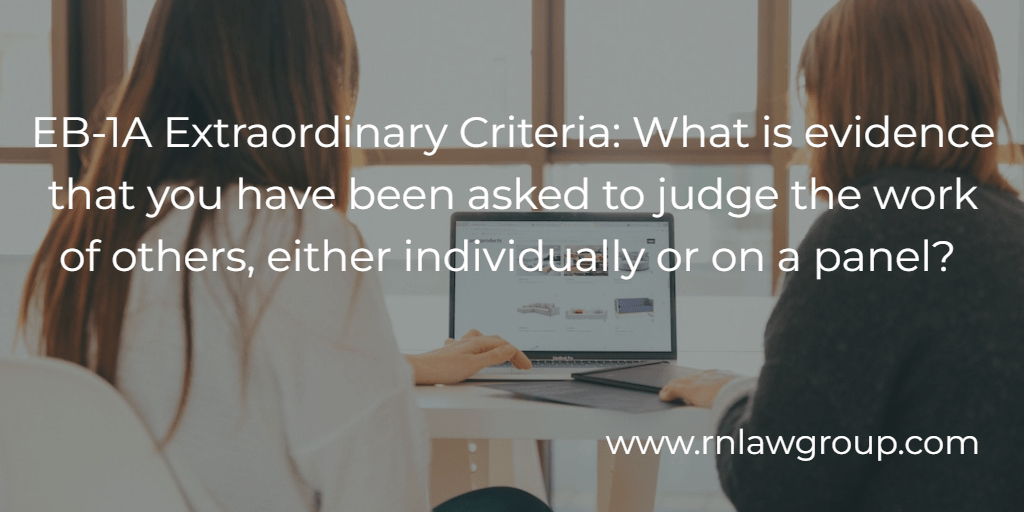 EB-1A Extraordinary Criteria: What is evidence that you have been asked to judge the work of others, either individually or on a panel?

The judging criteria can seem pretty straightforward, but there are some hidden pitfalls that needed to be avoided. Meeting this criterion can be done through a variety of experiences. Conducting performance reviews, project reviews, assessments, judging in competitions, or reviewing manuscripts or articles can all be used to meet this criterion. Consulting with an experienced lawyer can help you examine your career history to identify compatible judging experiences.

Now once you have identified instances of judging, you can turn to the task of providing documentary evidence of the judging. There are two primary areas that evidence should cover; proof that you have been asked to judge the work of others and proof that you carried out the judging. Proof that you have been asked to be a judge can take the form of emails requesting you review something or formal invitations to be a judge. The proof that you actually were a judge can take numerous forms. It can be as simple as an email with your feedback or it can be a formal grading done via a rubric. Additionally, if the judging is being done formally, there will usually be documentation of judging criteria that the judge must follow. For instance a judge would have to provide a grade in a specific criteria and a score between 1 – 5. A copy of this rubric would serve as excellent evidence.

With the support of an experienced and skilled lawyer, the judging criteria can be met through a straightforward process. For more questions, please consult an experienced immigration attorney.