In a major win for employers, a federal judge in the Northern District of California has set aside the Department of Labor (DOL) interim final rule, “Strengthening Wage Protections for the Temporary and Permanent Employment of Certain Aliens in the United States,” and the Department of Homeland Security (DHS) interim final rule, “Strengthening the H–1B Nonimmigrant Visa Classification Program.” As a result of the court’s decision, both rules are immediately invalidated.

The DOL rule changed the way prevailing wage rates were calculated for the H-1B, H-1B1, and E-3 non-immigrant visa categories and for permanent labor certifications (PERM), leading to a significant increase in wages across occupations.

The DHS rule amended H-1B eligibility criteria by revising the definition of “specialty occupation” and employer-employee relationship, and reducing the validity period for H-1B workers employed at third-party job sites from three years to one year.

Both rules were published in the Federal Register on October 8, 2020. The DOL and DHS invoked the Administrative Procedure Act’s (APA) “good cause exception” and issued the rules without the normal notice and comment period. The DOL also invoked the “good cause exception” to implement the wage rule immediately on October 8th. The DHS rule was scheduled to go into effect on December 7th.  The government cited to the on-going economic consequences of the COVID-19 pandemic to justify the expedited implementation of the rules.

Due to these sudden and drastic changes, different organizations filed lawsuits to challenge the new rules. On December 1st, a federal judge for the Northern District of California set aside both rules and found that the government “failed to show there was good cause to dispense with the rational and thoughtful discourse that is provided by the APA’s notice and comment requirements.” The court noted that although both agencies cited to “skyrocketing” and “widespread” unemployment rates as a basis to fast track the rules, the agencies did not act for over 6 months, which precluded reliance on the “good cause exception.”

This decision will bring relief to many employers across the country that have been negatively impacted by the significant and unrealistic increase in H-1B and PERM wages. Further, under the DHS rule, employers would have faced high rates of H-1B rejections due to more restrictive eligibility requirements.

The DOL and DHS should issue guidance based on the court’s ruling, but we do expect that the government will appeal the decision. Reddy & Neumann will continue to monitor the situation and provide updates as soon as they are available. If you have any questions regarding this matter, please contact our team at info@rnlawgroup.com or schedule a consultation with one of our immigration attorneys at https://appointments.rnlawgroup.com. 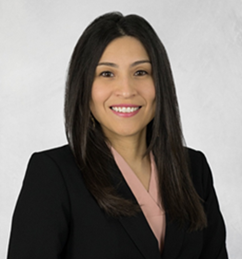 Krystal Alanis  is a Partner at Reddy & Neumann P.C. She acts as the Managing Attorney for the firm’s PERM Labor Certification Department, where she oversees all EB-2 and EB-3 employment based green card matters. She also guides employers and individuals through the I-140 and Adjustment of Status process, assists clients with non-immigrant visa petitions (e.g. H-1B, TN, L-1, etc.), and advises her clients on I-9 compliance issues.