Blog My Priority Date is Current, Am I Eligible for Additional H-1B Extensions? 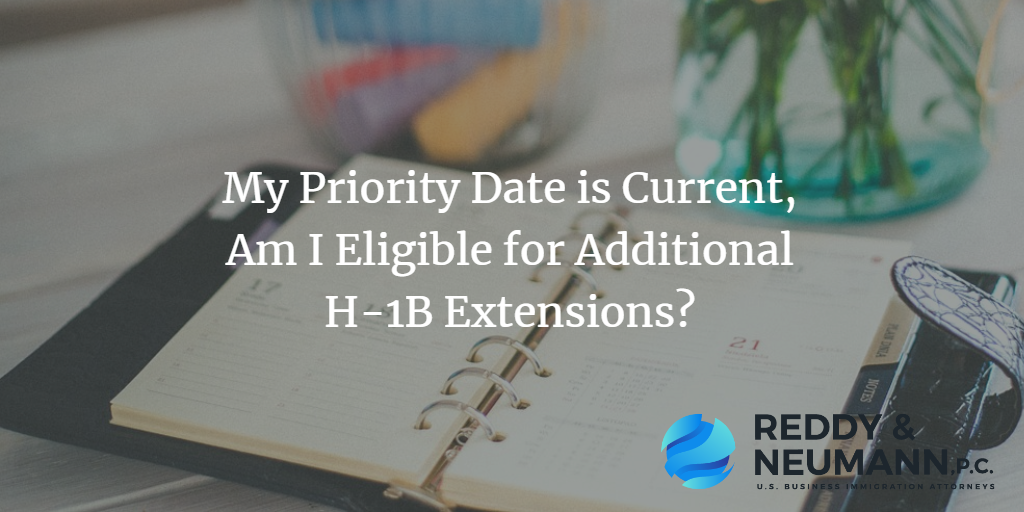 My Priority Date is Current, Am I Eligible for Additional H-1B Extensions?

For H-1B workers who have been subject to per-country visa limitations and unable to file an application to adjust status (I-485), you are probably familiar with the ability to continue to extend H-1B status beyond the six-year limit in three-year increments based on your approved I-140 immigrant petition. These requests for H-1B extensions are made under the provisions of Section 104(c) of the American Competitiveness in the 21st Century Act (AC21). But, what happens when the immigrant visa finally becomes available and the priority date is current? Is it possible to continue to extend the H-1B?

Another provision of AC21 may allow continued extensions of H-1B status in one-year increments according to Section 106(b). In order to be eligible to file an H-1B extension beyond the six-year limit after your priority date (Final Action Date) becomes current,

If you meet these requirements, you may continue to extend your H-1B status in one-year increments until a final decision is made to approve or deny your pending I-485 application.

What if you are unable to file your I-485 application for adjustment of status within one year of your Final Action Date becoming current, such as the situation when you are no longer with the employer that sponsored your labor certification and I-140 petition?

According to the regulations revised in 2017, an H-1B worker is generally ineligible for continued extensions beyond the six year limit if he or she is the beneficiary of an approved I-140 immigrant petition and fails to file an adjustment of status application within 1 year of an immigrant visa being authorized for issuance based on his or her preference category and country of chargeability. However, USCIS may excuse a failure to file in its discretion if the H-1B worker establishes that the failure to apply for adjustment of status was due to circumstances beyond his or her control.

Where the adjustment of status could not be filed because the H-1B worker is no longer with the original sponsor, it will be up to the discretion of USCIS to decide whether this qualifies as a circumstance beyond the worker’s control in order to grant a one-year H-1B extension. It may be helpful to document the steps the new employer has taken to file a labor certification on behalf of the employee.

What if the labor certification was filed less than 365 days before the six year limit was reached and the priority date is now current? Unfortunately, there is no ability to extend an H-1B that is already beyond the six-year limit any further. Even though the H-1B worker was able to extend the H-1B in three-year increments based upon the approved I-140 under AC21 Section 104(c), the worker will not be able to extend under 106(b) where the labor certification was filed after the worker began his or her sixth year of H-1B time. An individual in this situation would need to file an adjustment of status and use the employment authorization (EAD) card received based on that application in order to continue to work. If the current H-1B expires before the EAD card is received, the individual will no longer be authorized to work until the EAD card is received.