The Impact of Travel Abroad as a U.S. Permanent Resident

Travel for One Year or More

As a general rule, if an individual has remained outside the U.S. for 1 year or more, there will be a presumption that they have abandoned their LPR status and may be denied entry into the U.S. Therefore, if you know that you will remain outside the U.S. for 1 year or more, it is essential to apply for a reentry permit before departing the U.S. Obtaining a reentry permit establishes that you did not intend to abandon your LPR status, and it allows you to apply for admission to the U.S. after traveling abroad for up to 2 years (Reentry permits are typically valid for 2 years).

In order to obtain a reentry permit, you must file Form I-131, Application for Travel Document. Remember, you cannot file a Form I-131 unless you are physically present in the United States. You should file your application well in advance of your trip. Further, when you file your Form I-131 to obtain a reentry permit, USCIS will notify you of your biometrics appointment, which must be conducted while in the U.S. If you leave the U.S. before you provide your biometrics, USCIS may deny your application.

Although a reentry permit never guarantees entry into the U.S., it will help establish your intention to permanently reside in the U.S.

Travel for Less Than One Year

It is important to note that CBP can determine at any time that your U.S. permanent resident status has been abandoned if it is clear that you do not intend to remain in the U.S. permanently. This even applies to trips lasting less than 1 year. Further, you may face increased scrutiny if your departure is for 6 months or longer, especially if you have had multiple lengthy trips. In these situations, the issue is not how long a green card holder spent outside of the U.S., but whether the individual actually permanently resides in the U.S. In determining whether an individual has abandoned their permanent resident status, the CBP officer may look at the following to verify strong ties to the U.S.:

Remaining Outside the U.S. for One Year or More Without a Reentry Permit

A permanent resident who has remained outside the United States for 1 year or more, or beyond the validity period of a reentry permit, will generally require a new immigrant visa to enter the U.S. and resume permanent residence. Under certain circumstances, an individual may qualify and apply for a returning resident special immigrant visa (SB-1) at the nearest U.S. embassy or consulate abroad.

To qualify for returning resident status, you will need to prove to the consular officer that you:

If you cannot establish eligibility for returning resident status, you may have to obtain a new immigrant visa on the same basis and under the same category that you originally immigrated with. As there is no guarantee your SB-1 application will be approved, it is always recommended to obtain a reentry permit if you anticipate your travel will last for 1 year or longer.

Unites States permanent residents may travel outside the U.S. for temporary or brief travel without impacting their LPR status. Always keep in mind that your travel should be conservative and you should always maintain strong ties to the U.S. As a general rule, you want to be sure a majority of your time is spent in the U.S. If you know you will be traveling outside the country for 1 year or longer, always obtain a reentry permit before departure in order to avoid abandonment of your LPR status. Also, because abandonment can be determined for travel lasting even less than 1 year, it is very important to consult with a qualified immigration attorney on your travel plans, especially where you have had multiple lengthy trips of 6 months or longer. 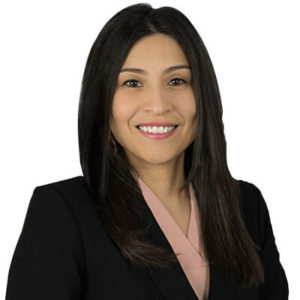 Krystal Alanis is a Partner at Reddy & Neumann, P.C. with over 10 years of experience practicing U.S. business immigration law. Krystal manages the firm’s PERM Labor Certification Department, where she oversees all EB-2 and EB-3 employment-based green card matters. Krystal guides clients from a variety of industries through the maze of the PERM Labor certification process and has handled thousands of PERM applications throughout her career. Krystal guides employers through the I-140 and Adjustment of Status process, and assists clients with temporary work visas. Further, she oversees the firm’s I-9 compliance team where she advises employers regarding Form I-9 Employment Eligibility Verification requirements and conducts internal audits of a company’s I-9 records, processes, and procedures. Additionally, Krystal represents clients in Form I-9 U.S. Immigration and Customs Enforcement (ICE) inspections (Notice of Inspection). Krystal successfully settled a claim with ICE over Form I-9 substantive paperwork violations that led to an 88% reduction in civil fines for her client.