What Should Employers and Employees Know about the Lawsuit Challenging the 2019 H-1B Lottery Registration Regulation?

A group of 500 H-1B registrant plaintiffs filed suit earlier this year challenging the 2019 regulation that changed the H-1B lottery to the online pre-registration system. The plaintiffs in this case allege that the regulation does not properly deter what they view as fraud and that the system does not deter duplicate registrations by individuals. It is their contention that this has led to a significant increase in registration and has made it more difficult for people like the plaintiffs to be selected in the lottery. In their operative complaint, the plaintiffs seek a court order prohibiting the use of the cap registration rule from being used in future lotteries and require USCIS to implement a cap registration and selection process in a manner that complies with the INA by limiting a selection to one individual. It should be noted that this is not a Reddy & Neumann litigation effort.

In recent years prior to this rule going into effect, employers were required to file complete H-1B petitions with supporting documents to USCIS with the filing fee checks during the first week of April. From there, USCIS would intake all of the application, assign them a lottery number, run the H-1B lottery, and then send receipt notices for the selected cases. From there, USCIS would begin adjudicating the selected cases and would send back the non-selected cases.

Status of the Lawsuit

In response to this lawsuit, the government filed a motion to dismiss on multiple grounds arguing that the individual plaintiffs had no standing to bring the soon, that the claim is moot, and that they do not challenge a final agency action. The Court disagreed with the government and denied its motion to dismiss allowing the case to move forward.

Procedurally, the Court entered in an order for the government to file an answer,  in the case by 12/27/2021 and the case can proceed from there. It is expected that from there the government be given a deadline to file the administrative record in the case. From there, the plaintiffs can either choose to move to supplement the record or move for summary judgment based on the administrative record. The plaintiffs may look to move the case along as quickly as possible in order to try to get a decision before the FY 2023 lottery begins in March 2022.

What Should Employers and Employees Plan For?

As of right now the H-1B registration rule remains in place. Unless USCIS decides to settle this case and get rid of the regulation, it will require an order from the Court to remove this regulation.

While the litigation timeline seems to suggest that it is unlikely for this regulation to be changed for the FY 2023 lottery, it would not be impossible to get a ruling before March 2022 that could impact the upcoming lottery. Employers need to stay vigilant for potential changes and have a “plan B” if this rule changes. One suggestion would be to take simple steps necessary to quickly be able to file an entire petition. For example, start telling the prospective H-1B beneficiaries you plan to sponsor for H-1B to begin fathering their status and education documents necessary for a complete H-1B filing. As an employer, consider gathering details for labor condition applications (LCAs) for all of your prospective H-1B employees so you can quickly file the LCAs if you have to file a complete petition in April.

Employers and employees should keep track of this case to see if they have to make any changes for the upcoming year for the H-1B lottery.

By: Steven A. Brown 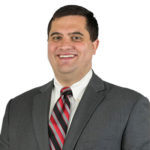