Blog When Should I File My I-485 Supplement J for Job Portability? 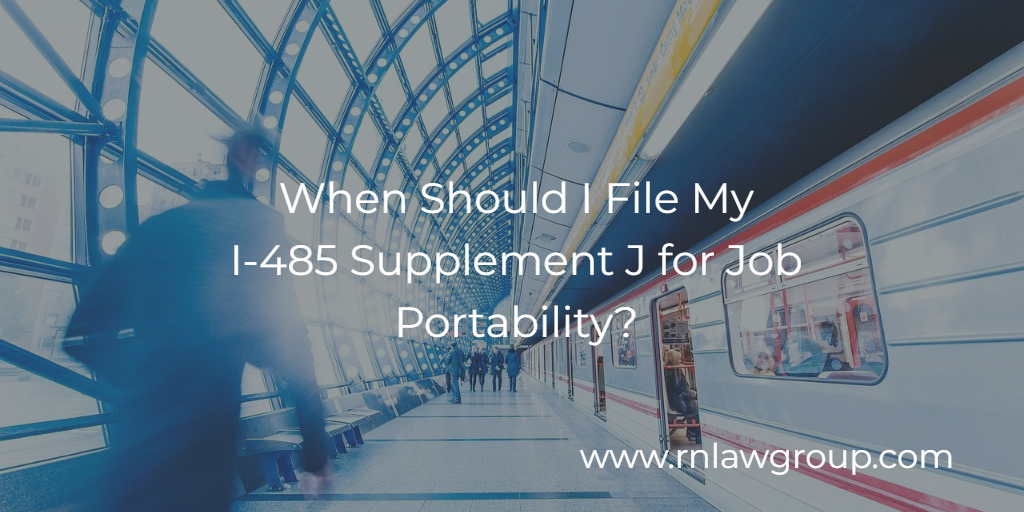 When Should I File My I-485 Supplement J for Job Portability?

Generally speaking, once an employment-based I-485 has been pending for more than 180 days (6 months) the Alien gains a profound entitlement—they are allowed to change their Green Card sponsor without a new PERM or I-140 by filing what is known as the I-485 Supplement J.

In a typical Green Card scenario, Company A files the PERM and I-140. The Alien and Company A then file the I-485 and typically the Alien remains sponsored by Company A throughout the process—from the time of filing until after approval. However, once the I-485 has been pending with USCIS for at least 180 days, the Alien is allowed to “port” or move this job offer from Company A to Company B by filing what Form I-485 Supplement J. So long as Company B is a legitimate company and so long as they are offering the “same or similar” job as offered by Company A, USCIS will take no issue with the change of Green Card Sponsor.

We’re often asked when is the right time to file the Supplement J. Is it after H-1B transfer? Do I need to join payroll first? Simply put, the answer is whenever you’d like (or maybe even never!). Under the INA, there is no requirement as to when an I-485 Supplement J must be put forward.

A Green Card position should be thought of as a future position to be undertaken upon the approval of the Green Card. When you filed the original I-485, your statement to the government was that it was your intent to go work for Company A in the sponsored position once your Green Card is approved. Once the I-485 has been pending for at least 180 days, you are entitled to put forward an I-485 Supplement J from any other company. By doing so, you are “lawfully amending” your intent and are now stating it is your intent to go work for Company B (or C or D, etc.) in a position the same as or similar to Company A’s sponsored position, once your Green Card is approved. The easiest way to think of the I-485 Supplement J is “who do I want to be my final sponsor”.

So now your I-485 from Company A has been pending for at least 180 days and you’ve been presented with a new or better job opportunity with Company B. They might want to bring you on ASAP (via H-1B transfer, using the EAD, etc.) or they might want to wait for your I-485 to actually be approved before you go work with them. So when do you put forward the I-485 Supplement J?

You can submit the I-485 Supplement J immediately, if you choose. Again, you are lawfully amending your earlier intent and in doing so notifying USCIS you want your Green Card approved through a different employer. Typically, USCIS will provide a receipt notice for the I-485J from Company B. They may also issue a Request for Evidence (RFE) just to make sure the company is legitimate.

Or Two, you receive an interview notice. This shouldn’t be alarming by any stretch—generally USCIS is just wanting to make sure the person in the seat on that day is the person spoken about on the forms. If you receive an interview notice and have never submitted an I-485 Supplement J from Company B, that does not mean you are “stuck” with Company A. USCIS will allow you to walk into that interview with the signed I-485 Supplement J from Company B. They may issue a Request for Evidence (RFE) just to make sure the company is legitimate but that’s about the extent of it. In either scenario, the Green Card is on the way.

By: Ryan Wilck, Partner and Attorney at Law 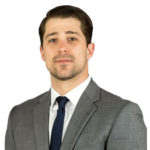 Ryan Wilck is an Attorney at Reddy & Neumann P.C. helping clients with the final phases of the permanent residence process. “Concilio et labore” is not only the motto of Ryan’s favorite sports club but is also his life motto; all things come through wisdom and effort. Ryan is passionate about gaining the trust of his clients by utilizing a relentless and detail-oriented work ethic to understand their specific goals and concerns, hoping to instill a sense of confidence and stability. Whatever your immigration problem, he and his team will find a solution, through wisdom and effort.